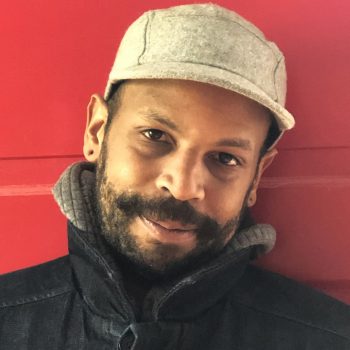 Kiel Moton has excelled as an artist by following his deeply rooted passion for dance over the past 17 years. Although it has presented its own ups and downs, Moton says “with [my] art, I am willing to follow or direct it however it may require.”

Moton first started training in Hip Hop street styles (Poppin, Lockin, Wavvin, and Animation) in what is considered a rave atmosphere. Moton went to his first rave when he was 15 and fell in love with how music and dance brought people together. Moton recalls that he would sit and observe these dancers manipulate their bodies in ways that looked unreal; inhuman even. He felt the immediate desire to learn. He decided to teach himself and combine as many styles that showcased his own body. He rose as a dancer in the Seattle rave and battle scene, competing and performing in showcases. After a time, he wanted to challenge himself and grow out of the norm of traditional street styles. Moton started training with Orissi Guru Ratna Roy, and traditional Clowning at The Evergreen State College where he received his B.A .in Performance Art and Popular Culture. He was still focusing on street styles but with a new twist.

Moton recalls that he wanted to push himself even further and thought maybe he should advance to the next level as a choreographer. Although he failed his first attempt, he knew he was extremely competitive and stuck with it. With dedication and hard work, he began dancing and choreographing for hip hop companies in Seattle (guest dancer for Cruz Control Showcase, Lead Choreographer for Konkrete, and Co-founder for L.V. )

As time passed in Seattle, Moton felt it was time to leave the nest and start the next journey with life and dance. This brought Moton to Portland in 2008. He did his first audition in Portland for Nonsense Dance Company, which is a performance company that focuses on Contemporary, African, Hip-Hop and Modern. Moton danced and choreographed with them for four dance seasons, for two of those years he was an Assistant Creative Director and Lead Choreographer. While working with Nonsense, Moton founded his own dance company called Paint Dance Company. Performing original concepts and training dancers, Paint Dance Company focused on making audiences reminisce on different emotions they’d experienced throughout their own lives.

After Paint Dance Company dispersed, Moton decided he wanted to return to training and focusing on his own dance and not that of others. Moton started working with 11: Dance Co. and Kumari Suraj. Kumari Suraj opened a new perspective to a street dance style called Wackkin which provided Moton more drama and feeling within his unique style. Moton has continued to work and learn from the masterful Kumari Suraj.

Kiel Moton is currently working with two Portland dance collectives, House of Aquarius, and Heidi Duckler Dance/Northwest. Both companies have continued to inspire his own dance growth and as a creative person. Moton says he “is excited to keep growing and sharing his performance art even if no one is watching.”