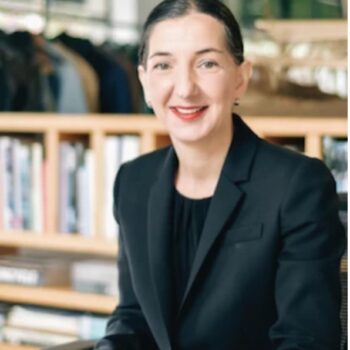 PLACE Studio, the firm Zeljka Carol Kekez co-founded seven years ago, is home to the landscape architects behind some of the most significant projects in Portland. Their portfolio reads like a who’s who of the most enchanting urban design our city has to offer: the Edith Green-Wendell Wyatt Federal Building downtown, an updated master plan for Washington Park, Elephant Lands at the Oregon Zoo, and an expansion of the Nike World Headquarters campus.

The studio, which features the requisite rows of computer workstations and a model-building workshop, is also a kind of laboratory for design, arts, and ideas. You’ll find an on-site art gallery displaying paintings and a communal gathering space where the firm hosts regular salons and talks with artists and writers. There’s even a row of Ducati motorcycles on display. “Surrounding ourselves with artwork, be it the motorcycles, or the sculpture, or the wood benches we’re sitting on, it’s all part of the inspiration,” Kekez says.

Originally from Croatia, Kekez came to the United States in 1990 as a high school exchange student but, after civil war had broken out back home, she opted to stay. Since co-founding PLACE with landscape architect Mauricio Villarreal and others in 2010, Kekez, as its managing principal, has helped guide the firm to quickly rank among the city’s most acclaimed. Now, with offices in Tokyo, Bogotá, and Seattle, PLACE is making an impact far beyond the Rose City.

“I’m probably getting three, four hours of sleep at most,” Kekez says. “There’s always something going on: traveling, exploring, experimenting.”