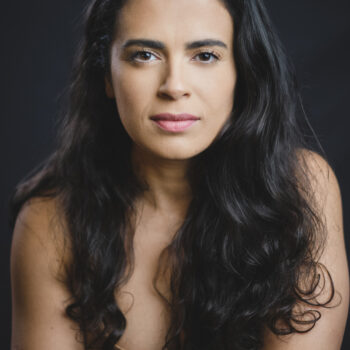 Barbara Lima is a Brazilian dancer, choreographer and artistic director based in Oregon, United States.  She got her major degree at the Angel Vianna University (BRA) and for over 15 years has been extending her talent into multiple areas of expertise, as a performer, a director, a producer, a teacher, a writer and a visionary.

She is a featured dancer of the documentary Believe the Beat, a documentary that has been screened at Hip Hop Film Festival in NY, Oregon Independent Film Festival, Portland Film Festival, Latin American Film Festival in Romania, Vancouver Arts Academy in WA, and others. Barbara has performed in theaters and festivals around the world such as Theatre de la Ville in Paris and Danse a Lille (FRA), Hellerau (GER), Kunsten Festival des Arts (BEL), Pact Zollverein (GER), Theatro Municipal in Rio de Janeiro (BRA), Wiener Festwochen  (AUS) and many others. As an Artistic Director she has staged and performed her works at Reperages – Le Gymnase|Centre de Développement Chorégraphique in France, Interplay/Mosaico Danza in Turin, Italy, Dança em Trânsito, H2K – Rio Hip Hop Kemp and Arena Hibrida in Brazil and Groovin GreenHouse at Polaris Dance Theatre in USA.

She is the founder artistic director of ELa FaLa Collective that counts with 5 productions including Co-produced dance for camera with Urban Body Project and produced and choreographed dance for camera “Anna”, directed by Devin Febbroriello (Serpent Power Productions).